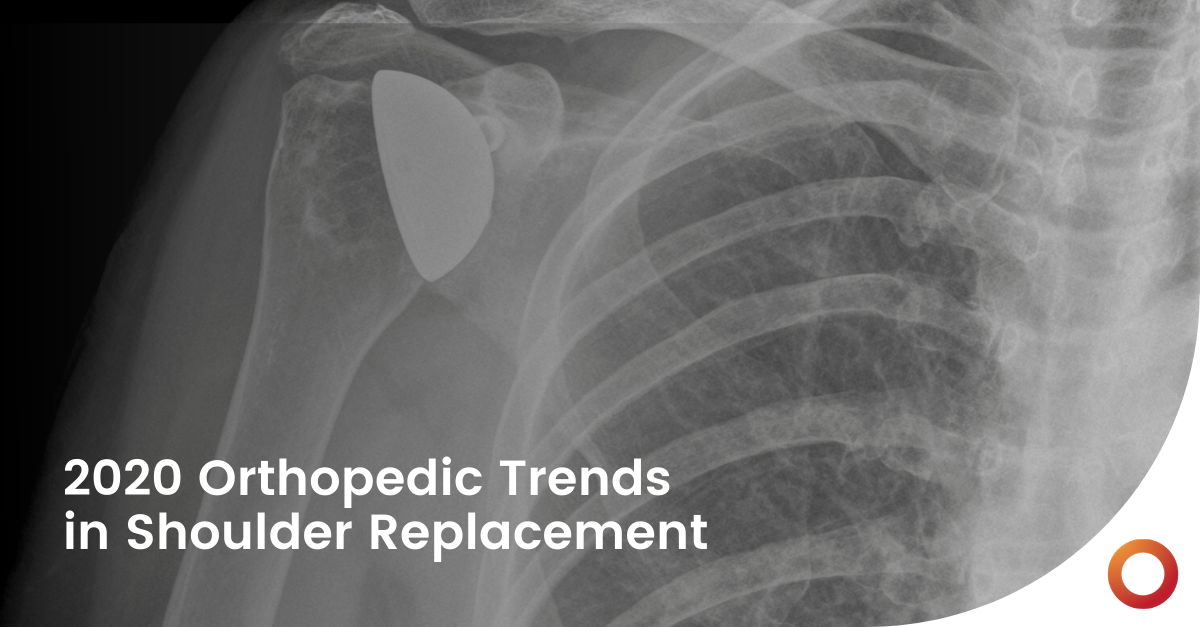 The January 2021 issue of Orthopedic Network News (ONN) deals with replacements of joints in the extremities. This includes shoulders, ankles, elbows, wrist, and digits. Hip and knee replacements account for about 1.7 million joint replacements in the US in 2020, while the other extremities are only about 270,000. And the most frequently replaced joint after hips and knees is that of the shoulder. In this blog post, we will outline the latest orthopedic trends in shoulder replacement.

The most innovative technology in shoulder joint replacements is the reverse shoulder, which has actually been around for about 20 years. Originally developed in France, it now accounts for about two-thirds of the shoulder replacements in the US. The major reason for this is that prior to reverse shoulders, the major indication for a shoulder replacement was osteoarthritis, similar to that experienced by patients with hip and knee implants. The pathologies were very similar as were the technologies. Hip replacements had total and partial hips which involved a femoral stem and head (partial hip), or a femoral stem, head, and acetabular component (total hip). Similarly shoulders had a partial shoulder (humeral stem and head), or a total shoulder which also included the glenoid component that attached to the glenoid bone near the collarbone.

To clarify one misconception in terminology, both the reverse shoulder and the implant previously known as total shoulder are, in fact, total shoulders, since they replace all of the components of the joint. However, they are now described as “anatomic” and “reverse” shoulders because of the difference in where the humeral head is placed. This is the terminology used in the ONN newsletter. 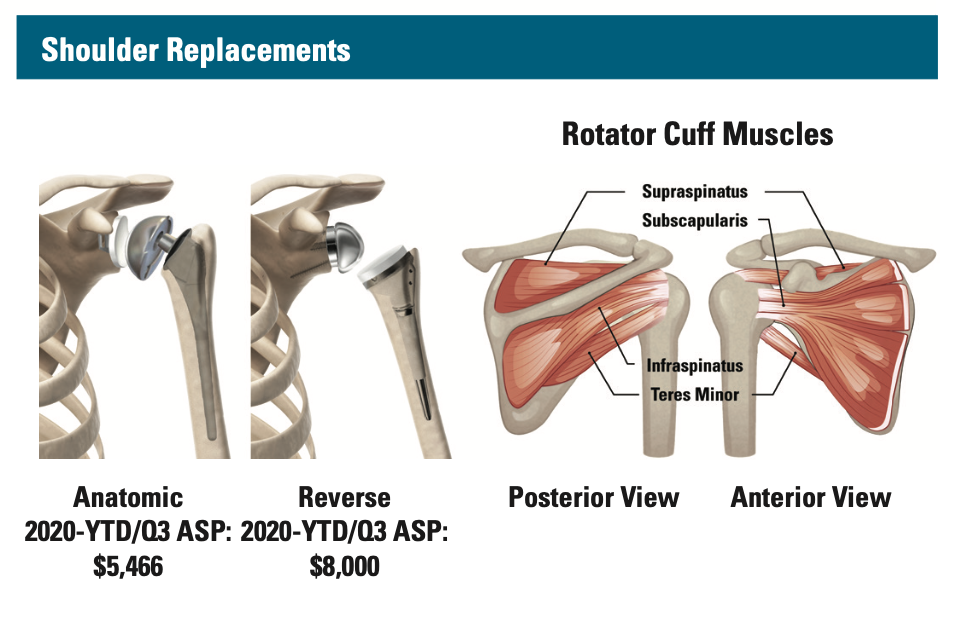 The reverse shoulder demonstrated its ability to provide relief to patients with severe rotator cuff deficiencies. The rotator cuff actually includes four muscles around the shoulder (teres minor, superspinatus, subscapularis, and infraspinatus). And tears of these muscles are a fairly common occurrence, especially for people over the age of 50. The net result is both pain and the inability to raise your arm over your shoulder.

The reverse shoulder, with its different dynamics, places the humeral head on the glenoid side (also known as the glenosphere), and has allowed patients to raise their arms over their shoulder.

Fun fact: Classic photographs of successful reverse shoulder patients look like victims of a stick-up at a bank robbery with all of their hands raised as in response to “stick ‘em up”.

So, the large increase in reverse shoulders may be the result of a response to the backlog of patients with severe rotator cuff tears for which there was no medical or surgical response. 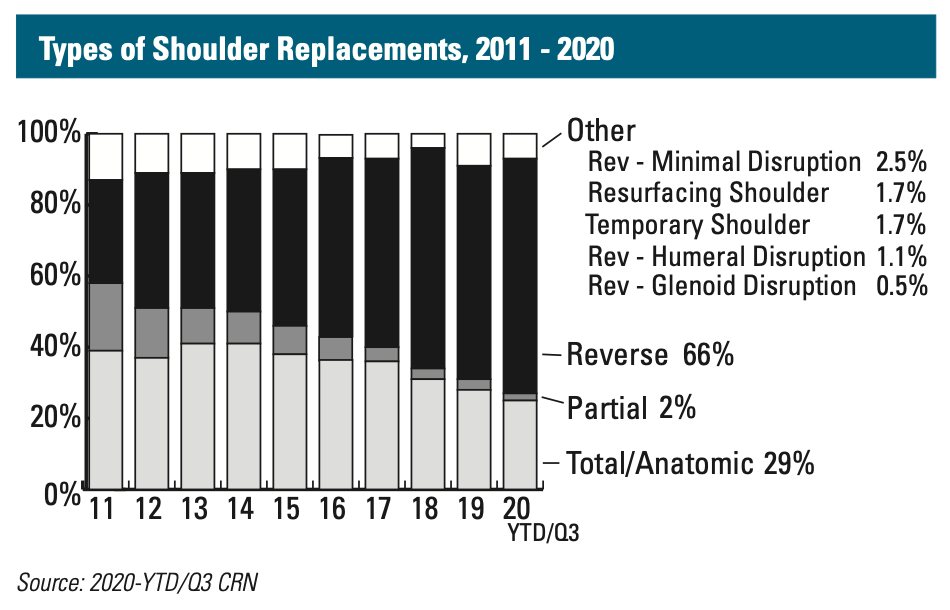 While the treatment options for shoulders and reverse shoulders were like the “wild west” ten or twenty years ago, surgical strategies and implants have gradually stabilized over the last several years. Most of the reverse shoulders are more similar to each other than they were some years ago. Manufacturer innovations include “convertible” stems, which allow the humeral stem to be used for an anatomic or reverse shoulder. Others include humeral stems with smaller sizes to preserve more of the bone – so-called “canal sparing” (Sidus, Simpliciti), mini and micro stem (Comprehensive Mini/Micro), among others.

The relative newness, low volumes, and lack of experience in supply chain has resulted in higher prices for shoulder replacements. In the 2020-YTD/Q3 Curvo Research Network (CRN), the average selling price of reverse shoulders was $8,000 and total shoulders was $5,466, significantly higher than that for hip and knee implants. Although the price of reverse shoulders has come down in recent years, they still cost a multiple of what hip and knee implants do. The CRN also revealed disparities in treatment between facilities including variations in the usage of bone cement, soft tissue attachments, disposable instruments, and fixation screws.

To continue reading about the latest orthopedic trends in shoulder implants and other extremities, subscribe to the ONN newsletter!